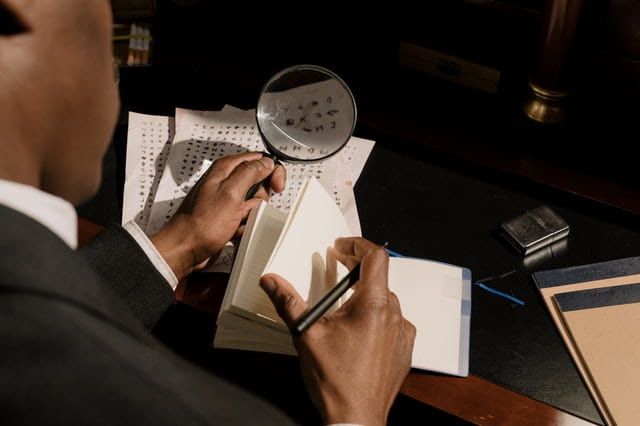 In the post about securing (WordPress) websites, I wrote about the importance of SSL/TLS encryption (and using https protocol). What the protocol is based on is asymmetric encryption. In this post I’ll explain briefly, in “plain English” what asymmetric encryption is. It is important to understand this encryption mechanism, so that other security and privacy based topics can be understood and so that good advice on those topics can be discerned from bad advice. Internet is full of both. A separate post explains the term of “multifactor (two factor) authentication“.

We have a pair of two keys, such that anything encrypted (“locked”) using one can be decrypted (“unlocked”) only using the other key.

Modern communications present us with the following problems (among others) when exchanging data/information, that can be solved using various tools:

In order to fully understand asymmetric encryption, it is important to understand another term: “hash”. Hash is a mathematical function that creates a digital fingerprint of the data that is of a predetermined length (depending on the function used, this can be 128 bits, or 256 bits, or more/less). An example of hash function use:

All the below listed characteristics of a hash function, except the last one, can be deduced from the picture 1:

Characteristics listed above are of crucial importance. For example, hash of a sentence “English breakfast.” and a hash of the complete “Lord of The Rings” trilogy will be of exactly the same length (in the range of 256 bits, depending on the used hash algorithm). Also, hash values of words “gremlin” and “gremlins” will be drastically different. Finally, from the given (calculated) hash values, it will be impossible to conclude the contents of the original data – hash is a “one way function” (correct term is “irreversible function”).

Hash is also called a “digital signature” – that’s what it is.

Unlike hash function, encryption (however it is achieved) has the following characteristics:

Now I beg you to read the first three chapters again. Repeat and memorize the last (in bold) sentence from chapter 1. Then understand and memorize the difference between hash function and encryption. Finally, try to figure out how you would solve the problems listed in chapter 2 using those tools.

This was not a test whether you are a robot (and would end up in an infinite loop) – it really is important that the first three chapters have “sunk in”. 🙂 Now we can continue.

This practically requires for us to meet and exchange the key. Additional problem is if we don’t know each other personally, or if we are far away from each other. The bottom line is – exchanging a symmetric encryption key can be rather inconvenient. Unless we use asymmetric encryption!

As mentioned above, asymmetric encryption is based on a pair of keys:

So, everyone knows (has) my public key, but only I know (have) my private one.
Same goes for Jane’s, John’s and Batman’s key pairs: we all know everyone’s public key, while the private is known only to the person who owns the key pair.

Now let’s repeat: anything that is encrypted using one key can only be decrypted using the other key (from the same pair of keys).

6. Sending and receiving a message

Remember the problem from chapter 2 – it is needed to achieve:

A sender of a message (data) can achieve this using asymmetric encryption (and hash function). In order to do it, the sender has to:

Recipient then has to:

Results of this procedure

Sender is certain that:

Recipient is certain that:

If you don’t understand why the sender and the recipient are so certain of the above listed claims, read again what encryption and hash function are, then remember the rule of asymmetric encryption:

Anything that is encrypted using one key can only be decrypted using the other key (from the same pair of keys).

In practice, asymmetric encryption is implemented by relying on Certificate Authoritiy (CA). Certificate Authority is an organization (or an institution) that issues digital certificates, i.e. pairs of private and public keys. In order for such a system to function, Certificate authority must be trustworthy. That is: everyone must trust the CA.

So, CA does the following:

The bottom line is: everyone must trust the CA. Asymmetric encryption can not exist (function) without a trusted CA.

Since for me it was easier to understand this way, I’ll use an example for explanation. First let’s repeat the key sentences (pun intended 🙂 ):

Let’s start now with an example. Say that I want to send you a message to Batman (regardless whether it is a letter, or some files – we’ll call it a “message”). So that only Batman can read it. And so that Batman, upon receiving it can be certain that it’s been written by the colleague superhero Bike Gremlin, not by some swindler impersonating me.

A few seconds later, in Gotham:

Batman sees they have a new message. From “Bike Gremlin” – “Bat-cycle prototype blueprints”.

Figuring – this could be cool, unless Joker planted a trick to get me killed while riding. Let’s check.

“Hi Batman, this is Bike Gremlin. In order to communicate faster and not bother the CA all the time, let’s use symmetric encryption from now on. We could use ‘Marvel sucks’ as encryption password. “

I’m begging the readers not to tell this password to anyone, or we’ll have to come up with a new one.
– Yours truly, Bike Gremlin

When you come to a website, using https protocol (TLS encryption) something similar to this happens. Asymmetric encryption is used to confirm identities and securely exchange keys for symmetric encryption, which is used from then on. This is called: “HTTPS handshake“.