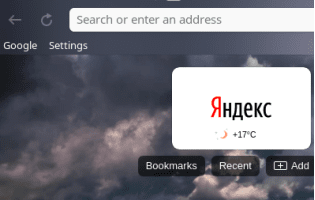 I’ve been using Yandex browser mostly for some time now. For those not familiar with it, I’d describe it as a “Russian Chrome”, made by the Russian Google (Yandex). It is the least slow on old computers, compared to Firefox and Chrome.

I installed it on Linux computers as well, there is only beta version, but it is stable and good. However, I had some problems when trying to play YouTube videos from Yandex on Linux.

The solution for that is installing additional codecs, using the following command from the command prompt: