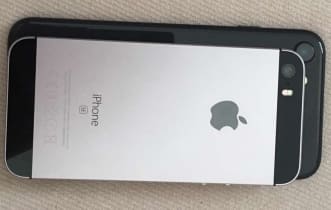 In this comparison I won’t be dealing with many technical specifications, such as: screen diagonal length (size), which CPU, how much RAM the phones have etc. Those specs are available on the manufacturer’s, and on practically every “review website”. For me, in and of themselves, those numbers mean nothing in terms of whether a phone will be good and practical to use, or not.

What I’ll be dealing with is common, every day use, battery life while at it, and YouTube video recording. How each phone performs in those terms.

I got this phone at the start of the year 2018. Selection was fairly simple. Being an idiot when it comes to smartphone use (never had one), I phoned my friend (and former colleague) Vladimir, who knows about smartphones (and my “love” for them) and told him something like: “I heard that some models now have a good camera. I’d like the smallest one (easiest to pack and carry) with a decent camera, preferably such that I don’t have to ‘manually’ configure exposition etc. (since I’m also an idiot when it comes to that). Just to make good photos for my website – and finally answer people on Viber and WhatsApp – since that apparently can’t be avoided anymore.”

“Get an iPhone SE” was his reply. See how simple that was? That’s consulting done right. 🙂

When I worked with Vladimir (his LinkedIn profile), he was a top class technician and technical support guy, who has improved (and advanced) further over the years. He is good at giving advice (from his field of expertise) that matches person’s preferences and priorities, hence the first one I had consulted with about the phone purchase.

I got the model with 16 GB of storage (iPhone smartphones don’t allow for later storage expansion using SD cards). It did the job brilliantly. Battery lasted long enough so that it wasn’t a problem if I forgot to charge it every day. It is my understanding that this is good when it comes to smartphones (old Nokia was charged on weekends only, but suppose that’s old-fashioned now).

Unlocking using the fingerprint scan worked well, even when my paws were a bit greasy from fixing bicycles.

The phenomenal thing was that, thanks to its small size, unlike most other smartphones, it could be used with one hand. That is – I could type anywhere on the screen with the thumb of the hand which I held the phone with.

Downsides? I took the model with 16 GB of storage. That is enough for photos etc. – but! I started making YouTube videos, and realized that good quality cameras cost an arm and a leg, while iPhone’s camera is good enough for my intended purposes. However, when the operating system and the used apps take their storage space, there wasn’t enough room for 3-4 hours of full HD videos.

For a while I worked with cheap cameras and other people’s phones, improved the lighting and sound isolation, until I finally decided to get a better tool:

It is the year 2020. Corona virus is going wild. People are loosing their jobs. And I had decided to get a new smartphone. Vladimir had approved the first, and the only candidate on my shortlist: the new model of iPhone SE.

Model with 256 GB of storage wasn’t available in Serbia, so I opted for 128 GB one – hoping it would suffice. Black, like my soul: 🙂

What is my experience after a few months with the new phone? As I noted in the introduction, I don’t plan on comparing inches, CPU-s, battery capacity – but will note the differences that are seen, noticed and felt in every day field use.

Let’s start with the most obvious (for which I’ve been consoled all my life that it doesn’t matter 🙂 ):

The new SE is slightly larger. What does that result in with use?

The screen is a bit larger, and has a larger resolution. Web pages, when browsed, look a bit better – more stuff fits on the screen. Letters are a little bit larger I’d say. You can fit more app icons onto one screen.

It doesn’t fit as securely into smaller (front shorts) pockets.

It can not be used comfortably with one hand (using the thumb anywhere on the screen). It generally doesn’t fit my hands as well.

So, for me, the larger size has some pros, but I would prefer if they had made it the same size as the old model – though I suppose that 99% of the other (normal) people prefer the larger size.

As I said – larger, with a larger resolution. Display quality is perhaps slightly better.

It has the ability to change back-light power depending on the ambient light. Works even during daytime – when you go in the sun, the screen brightens up (so you can clearly read it), when you move inside, it becomes dimmer (so you don’t strain your eyes with the screen too bright). When dimmed, the colours seem to be a bit “warmer” – which “feels” nice on the eyes.

Sometimes tricky when discussed in terms of certain geographical regions, when it comes to battery run gadgets, greater autonomy is always preferred.

Probably thanks to the smarter back-light dimming, the larger (resolution) screen, with a battery that isn’t much heavier, seems to provide similar battery life. Perhaps the battery gets spent just a wee bit faster. Mind you, my testing method is quite primitive: do I need to re-charge every day, or can I skip one day. For now, the new SE can also be charged every second day, with my standard use – except, of course, when recording YouTube videos for hours.

Operating system and the apps I use are taking some 35 GB of space now. This is: no games, no “productivity tools”, just the basics. Social networks (primarily for message notifications), banking apps, storage (Mega and Gdrive), navigation, VPN client app, and Out of Milk, because I’m among the most absentminded people I know. 🙂

On the old SE, iOS and the apps started off with 8 GB and grew over time. There is no amount of memory that human stupidity can’t fill up. However, I expect the nonsense to stay within 70 GB over the next few years, so I’ll (hopefully) have enough room for a few hours of full HD video recording.

All of my YouTube videos are full HD, no 4K. This saves (YouTube) server storage space, saves Internet bandwidth, saves the environment, since my computer doesn’t work as much, using less electricity, to edit the videos. Full HD shows everything clearly enough in my opinion.

We’ll see in a few years time if I was right.

To get the front, “look-how-cool-I-am-fie”, camera out of the way: it is a lot better on the new SE. I used it just to compare how it works compared to the old one, but practically never use it. Cat pics, what else? 🙂

The real-deal, back camera is what I think is worth talking about. It is a bit better than on the old phone. I’m pleased with the quality of photos and videos. iPhone is very idiot friendly, and this goes for both the iOS, and camera operation. It does everything automatically, and does it quite well. Focus, exposition – you needn’t worry about any of those, and pictures/videos still turn out fine. This makes things a lot easier for me.

For videos, you can go to BikeGremlin YouTube channel – all the videos made after the 20th of July are made with the new iPhone SE.

Both the old and the new iPhone SE have a microphone and speakers at the bottom. But SE 2020 has two (stereo) speakers, while SE 2016 has only one (mono) speaker.

Both models have one Lightning connector at the bottom, used for charging, connecting to a computer etc.

User interface on both models is well designed and very intuitive. However, the lock button position on the new model is a bad idea, in my opinion – not too bad, but far from a “jewel of modern industrial design”.

Home button, with the fingerprint scanner, scans (unlocks) a lot faster on the new model – in a split-second. But that button on the old model gives a better tactile feedback when it is (un)pressed.

What is phenomenal with both phone models is the silent switch. Put on the side, when moved towards the back of the phone, it stops the phone from making any sounds (rings, alerts etc.). When moved towards the screen, it puts sound back to normal.This can be done without looking, even while the phone is in a pocket – so it’s super convenient for meetings etc.

3.7. Application running and everyday use

The new SE works noticeably faster. Old one worked fast and was stable, but here it is even faster.

It is all fast, intuitive and stable – on both models.

Problem – and this is a big complaint I have about Apple: copying (transferring) videos from the phone onto a PC computer. What does that operation look like?

It does happen that file copy just stops, so you have to disconnect the phone and start the whole procedure over. Many people have reported problems with copying files over 5 GB in size.

Apple offers some of their, nonsense solutions – like uploading files to iCloud, then downloading them. Videos get compressed when uploaded to iCloud, and I wish to do the compressing and editing myself. For quality preservation reasons. With no solution for 5 GB + sized files! There are some third party software/applications, but they also compress the files, and most aren’t free of charge.

I did download some huge (long) videos using Linux, but will test again with a 6 GB large file, to confirm if it’s possible. How I copy videos from my iPhone SE to a PC:

Apple allegedly does this all for security/privacy, and not in order to force people into buying Apple computers. Trying to keep this website professional, and informative, so will refrain from using any harsh words here. I already wrote how each additional security layer introduces more inconvenience, and why 100% secure system is unusable by definition (see the article about WordPress website security).

I have to say: had I been wiser, and bought the old SE with more storage (64 GB), I would still be using that phone – it works well and is still in great condition. But it is how it is.

Would I recommend this phone, buy it again? Based on the experience so far, in spite of the noted downsides, the answer is: “yes”. The new iPhone SE does well everything I need it to do.

It has a better camera, works a bit faster, and, with capitalist planned obsolescence, the new SE is more likely to run the newer versions of iOS and applications in the (near) future.

Another great advantage, for me, is the small size (by today’s standards). Large phones are not practical, I don’t like them. Fro some people, of course, this could be a downside.

Of course, it’s not all perfect, but that’s been the trend in most industries, not just smartphone one, for decades now: provide a small improvement, or two, and make something a bit less good, just so you can advertise and get people to buy a new model within a year, or two.